The famous Tretyakov Gallery is located in the capital of Russia. This picture gallery is well known all over the globe. The gallery was founded by Peter Tretyakov in 1856, when he began to collect different pictures of Russian painters. He opened the gallery to show the people his collection.

The people always dreamed about space travelling and flying to different stars. In the 20th century this dream came true. The first satellite «Sputnik-1» was launched on the 4th of October 1957. It was the unmanned spacecraft. The first leaving creature entered the space on the 3th of November 1957. It was the dog Laika on board of «Sputnik-2». The turtle from Kazakhstan was carried around the Luna on the 21st of September 1968.

There are no bad seasons. Every season has its primary benefits and different people like different times of the year depending on their characters and their predilections.

The Olympics have a great and long history. The Games began in 776 before Christ. After that they took place in Greece for approximately 1200 years. The former Olympic Games included various kinds of sports: wrestling, boxing, running, pentathlon (five different kinds of sports), etc.

The role of science in our world

One sharp-witted person once said: “I like the science — but not so much. What I love with all my tremulous heart is the universe…. Our whole world as being turned up by science expects to be far more wonderful, and even far more curious, than we had any possible chance to expect. …What is true is that the very science is being appreciated due to the perception of the altering universe which it suggests”.

As I view it, the original author of the following abstract wanted to impact the readers by the idea that despite all positive and profound effect of the science on the human development, it is the very universe, which should be valued above all. I couldn’t agree more with the stated position for my fresh part.

“Who is the secondary school teacher who has had the greatest positive impact on your development?”

When we happen to dwell upon the individuals, influencing us most we first of all mention our parents. Thus by being an upstanding, decent and simultaneously rather tolerant person my father helped me to become an open minded person, contemporaneously not afraid to express my opinions openly, and being ready to accept viewpoints contrary to my own. Without doubt, our parents have the strongest possible impact on us, but there are always people, whose influence mean much to us as well and contribute greatly to our development. I mean our schoolteachers, who lay themselves out to grant us with all possible knowledge, experience, skills and competencies, that they have at their disposal and arsenal. They contribute greatly to the very development of our personality and invest their own destinies in the destinies and lives of their students. Some of them affect and govern us in a lesser degree; others work upon us deeply and profoundly. I personally should point out that it was lucky that I had the secondary school teacher (history teacher) who happened to carry the strongest positive authority on me. 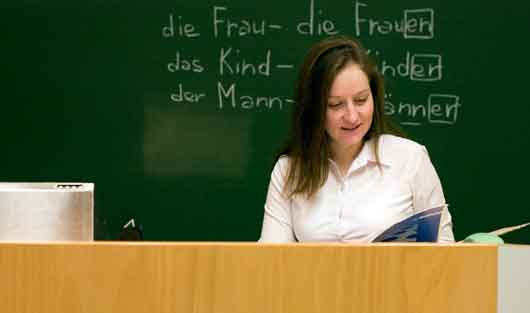 Топик по английскому языку — My plans for the future.

This year I graduate from the school. I should make a choice what I can do further. I’m going to study at the music academy. I have enjoyed music from my childhood and I want to be a professional in this field. I have a beautiful voice and have played the piano and guitar for many years. I have an artistic talent and I think it helps me in the future.

My family and friends agree with my choice. They promise to help me in my beginnings. I have played in the own band for a long time. We play different styles of music from interpretation of classic to modern music. As usual the music and texts are of my own.

Eclipse Yacht is the most expensive yacht in the world.

Eclipse yacht is luxury yacht made in Germany. It was designed by architect Francis. Its indicator is beautiful. There are two helicopter pads, two swimming pools, three launch boats, mini-submarine, hot tubs and a disco hall on the board. Eclipse is controlled by 70 crew members.

This yacht is equipped by the detection system and missile defense system. It consists of armour plating walls and bullet-proof windows. It also has the system from paparazzi which operates with flashes of a camera. Eclipse can be called a very big hotel. It contains nine desks, and one of them is appointed for the machinery. There is also big pool in the middle of the yacht surrounded by the bars. Besides, it has a small garden which can be seen from the balcony.

Dog life jacket is an important selection for a health of your pet. It can be used for different cases. Usually a dog life jacket is appointed for trips to the beach, to play in water, swimming in the sea, lake or walks aboard the ocean waves. But not all dogs can swim or are strong swimmers so it is necessary to have life jacket for a dog. Besides these opportunities, you can take your best friend on boating, fishing, water-skiing and yachting.

London is the capital of Great Britain. The square of London is 1706, 8 sq kilometers. The population is more than 8 million people. It is one of the largest and global cities in the world. London takes part in political, economic and cultural life of England. There are an airport and a port on the river in the city.

The famous attractions consist of Westminster Abbey, Westminster Yard with Tower’s Clock. The city is arranged on meridian of zero. The historical and administrative centre of London is Westminster. The underground is the oldest in the world.

In Great Britain as everywhere else there are no strict rules when we speak about meals, but still the British have some traditions, such as: they usually have breakfast, lunch, tea at five o’clock and dinner. If the dinner is late enough it is called supper. Sometimes they have both dinner and supper, if they like. The biggest meal of the day for an ordinary Englishman is considered to be breakfast. It is usually held between 7 and 9 o’clock. It must be rather big and nourishing, much bigger than breakfast on the Continent. Traditional British breakfast consists of bacon, ham or sausages, fried or boiled eggs, some porridge, cornflakes, toasts, jam, a cup of coffee or strong tea. Certainly some people don’t like the idea of having too much food in the morning and prefer to eat a slice of bread and butter, a boiled egg, some fruit and drink a glass of juice. The English like to eat their boiled eggs with small spoons with some salt. Toasts are usually eaten with butter and some marmalade.

Recently I’ve got a new friend. He is quite an ingenious person. He is fifteen. He is clever and slightly phlegmatic. But sometimes it seems to me that this quality is artificial because the boy thinks that a real man must conceal his feelings from the outward world. My fiend’s name is Bob Brown.

The other day he invited me to the house of his parents and I’ve met his family. Bob’s family is rather large. There are six of them. Bob says that he has a great number of relatives: cousins, aunts, uncles and so on and so forth. Some of them he often sees and makes friends with them. Others are so distant that he has never seen them.