I was born in a big city. It is an industrial and commercial centre of a large region. There are some big plants and factories there. The prosperity of our city comes from its varied industry in which electronics is the strongest. The industrial part of it is situated in the suburbs.

The city is a centre of the students’ life. There are several institutes, the University and hundreds of schools and colleges, where the children get perfect knowledges. We are be proud of our University because many well-known people, scientists, writers, musicians, politics, and others studied there. Of course there are many nurseries and kindergartens for children under six.

The city is situated on the both sides of the river. Its banks are very picturesque. Some bridges join different parts of the city together. The transport is very heavy and often it is rather difficult to get on the other bank of the river, because the bridges are overcrowded with cars and buses.

The city is old enough. Its history was difficult and sometimes bloody as the history of all Russian towns. Fortunately most of the historical buildings and places have been kept or reconstructed. The buildings of the University, the Opera House, the Museum of Natural History, the Central Market, the churches and some hospitals are old enough to be called «historical places». They are very beautiful and magnificent. The inhabitants show them proudly to the visitors.

In the city there is a large railway station, modern airport and the port on the river, so everyone can imagine how many visitors we get every day.

The centre of the city is smart indeed. There are several modern skyscrapers, some fine hotels, the Art Gallery, the Theatre, a big marketplace, a range of shops, restaurants, cafes, night-clubs. During the past few years the new office buildings made of steel and glass have appeared in every part of the city.

There are several lovely parks and public gardens in our city where the citizens like to spend their time of leisure. Of course they are very attractive in spring and summer. We have also a few comfortable beaches. Crowds of citizens go there almost every summer day when the weather is extremely hot.

Among other biggest cities of the world my native town is very small and it is rather difficult to find it on the map, but it has a great meaning for me because it is the place where I was born, where I’ve got my first impressions of life, its beauties and sorrows.

I was born in a small provincial town in the heart of Russia. It has a long and great history for as it often happens small towns always get the strongest blows during the wars. Some centuries ago the town was ruined and most of its inhabitants were killed, but it later it was reconstructed and started a new life.

In spite of all the misfortunes several very old houses in its centre and a beautiful ancient wooden church have been kept. It was rather difficult, because many churches were destroyed during the past 20th century.

Nowadays the town is constantly growing. The streets has become wider, many modern beautiful buildings have appeared. In the centre there are some new offices of big Russian and foreign firms, the Administration Building, the cinema, the theatre, two restaurants and some small cafes.

The streets in small towns and villages are usually rather narrow and not very long. In summer they are green, fresh and shadowy. In winter they are white with snow. But in every season and in every weather they are quiet and almost empty. 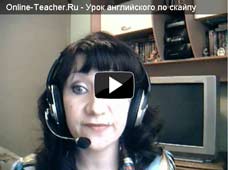 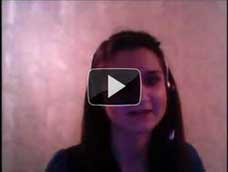 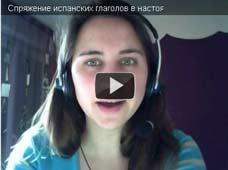